We express our strong indignation against the video footage of the murder of Japanese freelance journalist Kenji Goto and strongly denounce the contempt of human life by the so-called Islamic State. If the murder of Mr. Goto and the other Japanese hostage is true, we extend our heartfelt condolences to their families.

Mr. Goto had reported on women and children in the battlefield and conveyed hopes of peace through books and videos. As we work in the same field of journalism, we vow to carry on Mr. Goto’s spirit and aim to establish peace and democracy around the world.

We feel strong indignation against the criminal group, which repeatedly makes irrational demands, and its cowardly practice of taking journalists and civilians hostage and brutally killing them. The group announced it continues to target Japanese nationals, but we cannot approve of terrorist acts or violence no matter what the ideology. We aim to contain them in partnership with other members of the international community.

On the other hand, we must accept the fact that Japan is perceived as an ally of both the United States and EU nations in their battle against Islamic State. As the only nation to have suffered from atomic devastation, Japan was once respected for denouncing war through Article 9 of its Constitution. However, it no longer appears to be a pacifist nation since it deployed the Self-Defense Forces to Iraq and as it intends to strengthen the U.S.-Japan alliance. We will monitor the Japanese government’s response to this crisis while hoping it will not take advantage of outrage against terrorism as an excuse to pursue overseas deployment of the SDF and the path toward remilitarization. 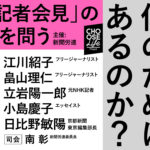 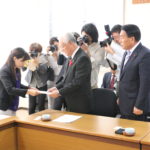